Gratinated Codfish – “Bacalhau com Natas”, the portuguese classic like in your holidays.

Jump to Recipe Print Recipe
It is not for nothing that this dish of gratinated codfish is one of the most famous recipes from Portuguese cuisine. With a delicious brown gratinated top and a creamy and tasty inside "Bacalhau com Natas" brings you a piece of beautiful Portugal to your table. 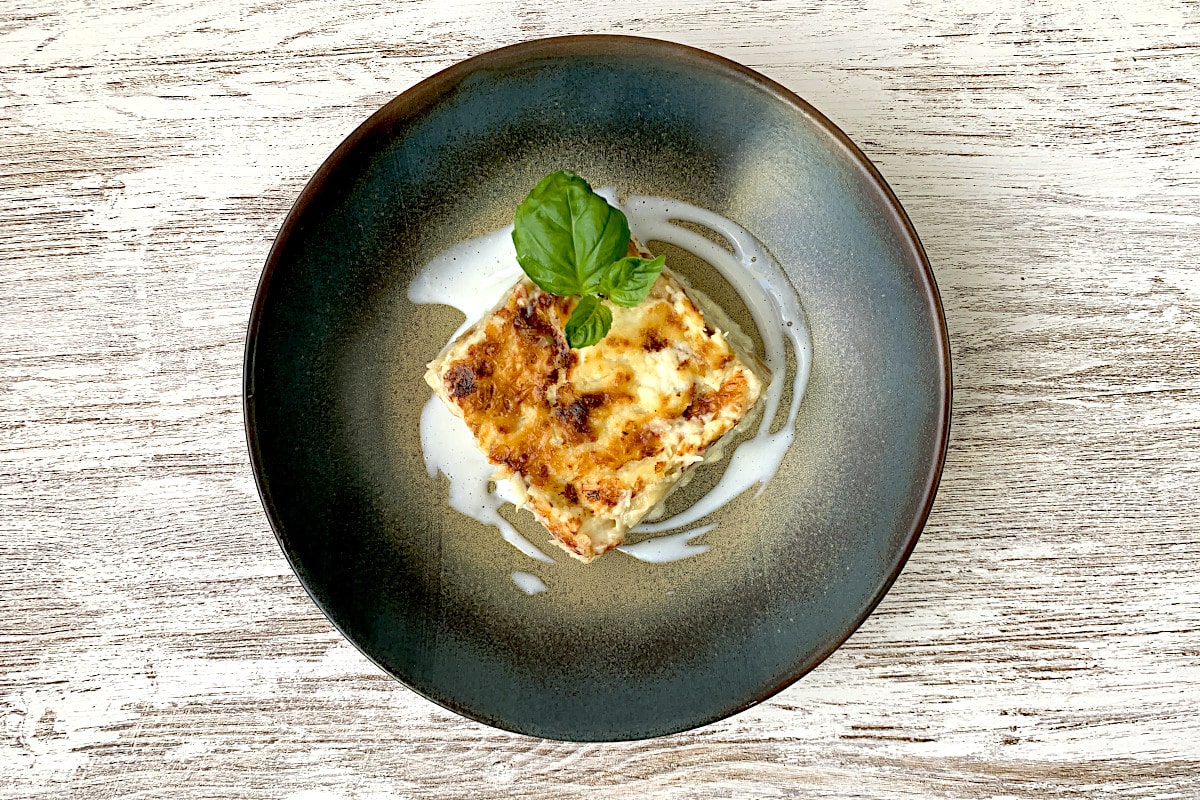 On Christmas Eve the consumption of codfish in Portugal can reach 5 thousand tons. The Portuguese consume 20% of all codfish caught in the world, and they have traditionally more recipes with codfish than days in a year. In every big supermarket in Portugal there is an extra section selling dried codfish in all kind of variations and qualities.

There is no codfish in the waters of Portugal and 70% of all cod consumed in Portugal comes from Norway. The waters around Portugal are abundant in other species like sardines for example, but which are oily fish. However, for the drying and salting preservation process to occur effectively, the fish needs to contain a low level of fat which makes the codfish perfect.

Codfish can live more than 20 years and weight up to 90 kg. The two most common species of cod are the Atlantic Cod (Gadus morhua), which lives in the colder waters and deeper sea regions throughout the North Atlantic, and the Pacific Cod (Gadus macrocephalus), found in both eastern and western regions of the northern Pacific.

The History of Codfish

The Vikings were not only great navigators at sea and fearless warriors, they were also the first to preserve codfish for their long journeys. Since they had no salt, they just dried the fish in the open cold air.

It is due to the Basques, people who inhabited the two sides of the Western Pyrenees, on the side of Spain and France, which started to preserve codfish with salt. The Basques knew about salt and there are records that in the year 1000, they traded cured, salted, and dried cod. It was on the coast of Spain, therefore, that the cod began to be salted and then dried on the rocks, in the open air, so that the fish could be preserved better.

The Portuguese discovered cod in the 15th century, at the time of the great navigations. They needed products that were not perishable and could withstand long journeys, which sometimes took months to cross the Atlantic. They made attempts with several fish from the Portuguese coast but went to find the ideal fish in colder northern waters. The dried and salted Codfish could be kept on the ships for several months and was an important protein source.

Nowadays, Portugal consumes 20% of all cod caught in the world, asserting itself as the market that most prefers this type of fish.

One of the most famous dishes with codfish in Portugal is “Bacalhau com Natas” meaning codfish with cream. Normally it is not very common to use cream or cheese in the traditional Portuguese kitchen, but anyway, this dish is one of the classic recipes found in restaurants in Portugal.

If you like Portuguese cuisine, you have to learn this recipe, to be part of your repertoire. With a nice golden brown gratinated top and a creamy and tasty inside, “Bacalhau com Natas” brings you a piece of beautiful Portugal to your table.

For the recipe you have to buy salted cod, or you can buy half cured (mostly frozen) cod. Salted cod must be soaked overnight before cooking to remove the salt. Remove excess salt from the loins under running water. Place it in a bowl skin side up with cold water to cover and place the bowl in the fridge. Soak for 24 hours, changing the water three or four times.

If you don’t want to use cream you can use milk instead. Just replace the amount of cream in the recipe with milk. If you prefer a lighter recipe with codfish, see this recipe with chickpeas on my site. This is also a very Portuguese combination in a more modern style. 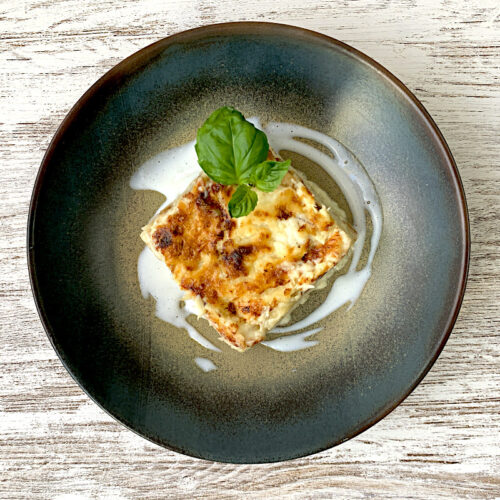 If you like Portuguese cuisine, you have to learn this recipe, to be part of your repertoire. With a delicious brown gratinated top and a creamy and tasty inside "Bacalhau com Natas" brings you a piece of beautiful Portugal to your table.
Recipe by: Martin Schreiner
No ratings yet
Tried this recipe?Mention @mychefrecipe or tag #mychefrecipe!
Print Recipe
Prep Time 45 mins
Cook Time 30 mins
Total Time 1 hr 15 mins
Course Main Course
Cuisine Portuguese
Servings 4 people 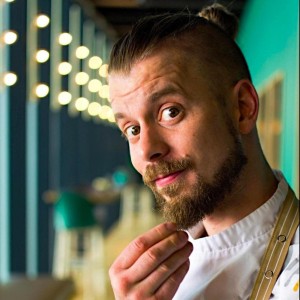 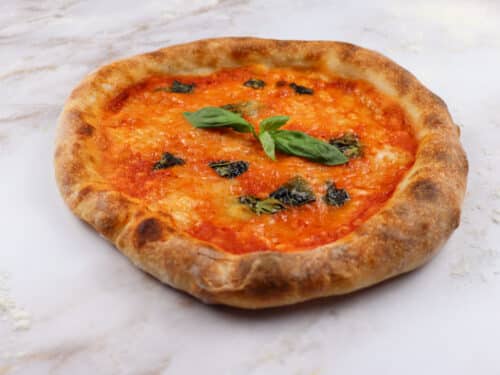 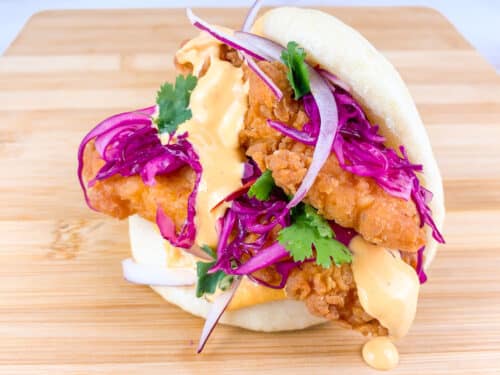 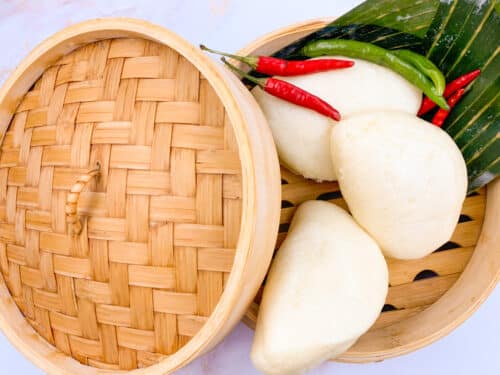 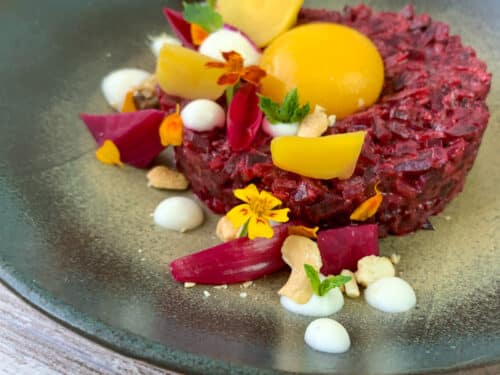 An beetroot tartare with an fake egg yolk 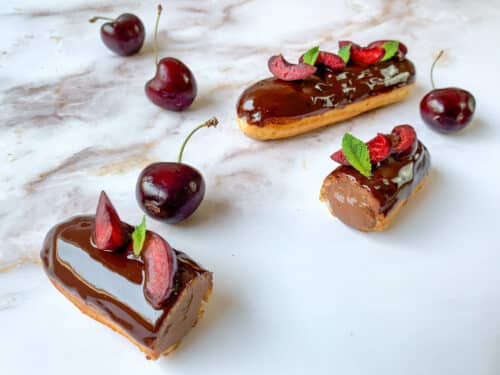 Perfect Classic Chocolate Eclairs – A Recipe with all the secrets

After some while finally a new recipe😀coming so

Sourdough crackers They are not only the easiest